20 years ago I started to experience strange stress reactions that hit me like bouts of food poisoning. The first couple of times it happened I thought it was food poisoning. Whenever it hit, I knew I was going to have to stick close to a bathroom for the next 8 to 12 hours. I soon twigged to the stress triggers, though, that were really behind it. My brain would seek to sublimate and compartmentalize things that were going on at work, but my body would only put up with so much of that before it insisted on purging.What I recognized was that there was an area of my life that I hadn’t given the care over to God, and that holding onto this myself was becoming toxic. Once I recognized that, and released these stress factors to Him, the attacks stopped. Even the year that I lived with a death sentence spoken over my life, I never had another attack.

Until yesterday afternoon and throughout the night last night, that is.

When the attack started I again thought it was food poisoning from the slice of pizza I’d had at a corner shop by our apartment. I soon recognized my old, familiar, “friend.” As the waves wracked my body I tried to identify the source, to put my finger on what it was I’d been ignoring. It wasn’t work; I’ve got a great job that lets me “work from home” from anywhere I can cadge WiFi. I “pushed” various buttons to check the response, and knew I had hit the right one when the tears started pouring down my face. Can you guess what it was? 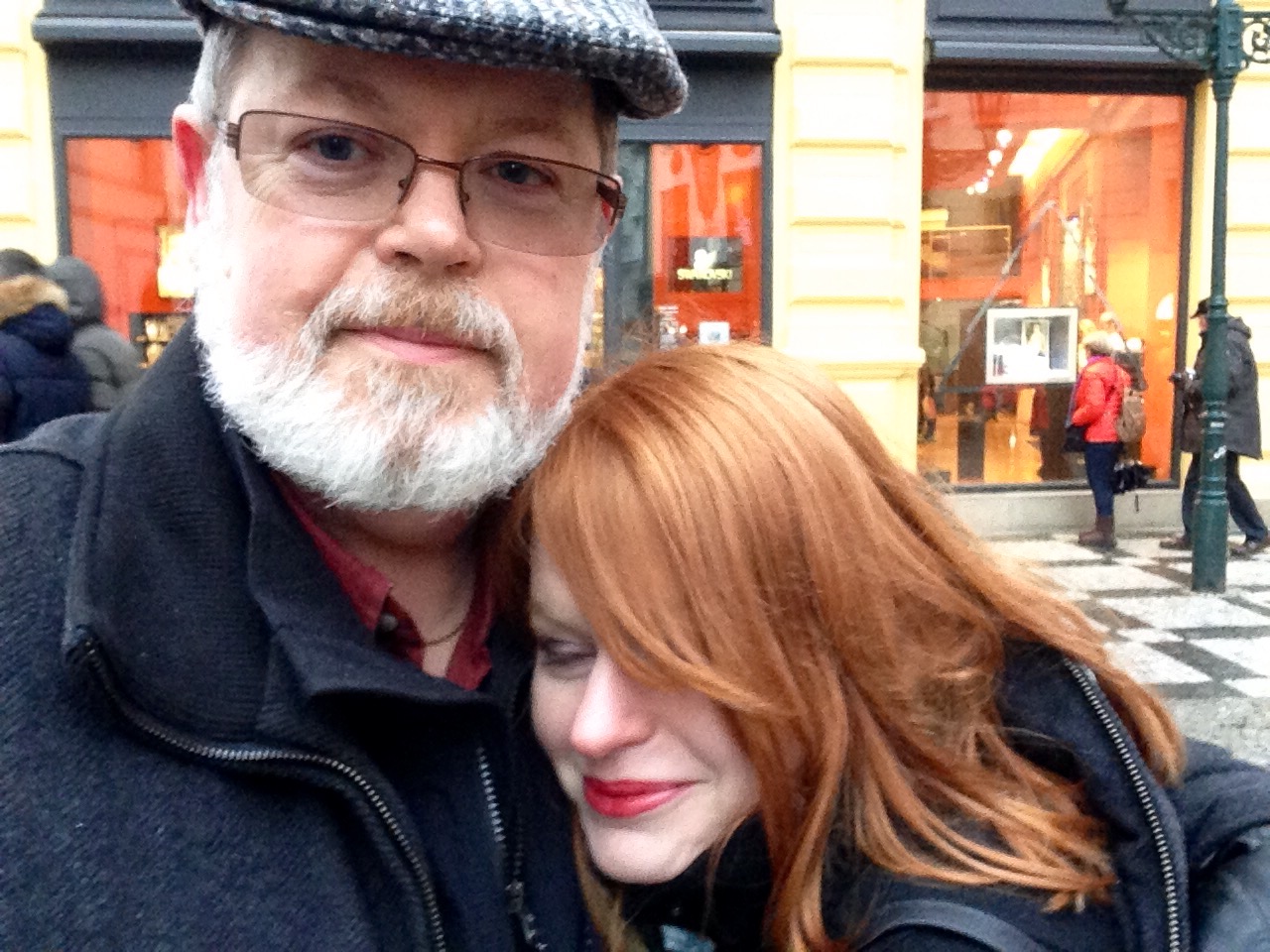 In three days my wife and I fly home, leaving our daughter, Patience (aka Tiger Lilly) behind in Prague for her great adventure. It’s not like it was a surprise. I knew it was coming when we flew over here in mid-November; knew it was coming when we bought the non-refundable airline tickets last summer; knew it a year ago when Patience signed up for the TEFL program over here; knew it three years ago when the little girl who has always been one to set a goal and stick to it without swerving, announced that this is what she wanted to do. And yet, there was always a faint hope inside me that this wouldn’t come,even as I performed everything I was called on to do over that time to see this come to pass. That’s a lot of sublimation, and once it gets out it packs quite a gut punch!

It’s not as if I hadn’t put the situation in God’s hands; we’ve trusted Him and been blessed throughout the process. I was, however, still holding onto to this little piece of my emotions for myself, perhaps not wanting to totally acknowledge the reality. It seemed like such a small piece; couldn’t I just keep it, nurse it, stroke it from time to time, tell myself I was “toughing it out?” Apparently, no. You can call it sublimation, but why not call it what it really is: iniquity, or doing things one’s own way.

It’s hard to swallow your pride when you can’t keep anything down; when just saying the words, “Abba, Father,” brings the tears gushing again and moves the heaving up into my chest.But God does want us to give everything to Him; my discomfort wasn’t my enemy or my flesh staging a sneak attack, but my Spirit man saying, “Enough of this – when are we going to address this thing you won’t speak of?” It would have been easier to deal with this sooner, but this “attack” is still a good thing. As Gandalf said, “I will not say, ‘Do not weep,’ for not all tears are an evil.”

(Note: video piracy in the Czech Republic is such a chronic problem that links in and out of the country are often restricted by location. If you can’t launch the link below, go to YouTube and search “Martin, You Raise Me Up” for a great rendition, filmed in a European square. Watch the effect the song has on the faces of the spectators!)

(This isn’t the same as when our oldest, Faith, left us. In that case, when she was 10, God had given me a glimpse of the plans he had for her and as the multiple steps occurred over the following years to take her in that direction, I was ready, even if it wasn’t easy.)

5 thoughts on “Crying out, and crying it out”