After nearly 60 days without a haircut I was beginning to look a bit like a shrubbery. I didn’t know if I needed a barber or a topiarist, but I didn’t know how to find either in Prague. Fortunately, at the Men’s Bible Fellowship Saturday morning I was told to call Kraig Casebier, aka, “American Barber in Prague.” Barbering has become a bit of a lost art in Europe, even more so than in America, and Kraig has been busy since he came here five years ago.

God has opened some amazing doors for Kraig, and he has barbered “heads” of State, well known Czech actors, and international businessmen as well as serving locals and ex-pats here. He’s also the “go-to” stylist for a local movie production company and has been featured in Czech magazines. He’s about to launch a series of YouTube shows of him interviewing well-known and interesting clients as he cuts their hair.

Fortunately I was able to find  an opening in his calendar and I got in to see him today. He’s  just recently moved to a new location – a manly, garden-level, cave in Prague 5. The walls are brick and his chairs are leather, including a 1941 barber chair. He’s in the process of filling the place with Americana, and as we discussed what we were going to do with my mop he cued up some Bob Seger on the mini-Wurlitzer jukebox. He has plans to do whiskey-tastings and to refurbish a room in his new shop to host “guys’ night out” events.

We had a great chat while he cut my hair. He told me about living in Prague as an ex-pat and gave me some useful tips to pass on to my daughter, and we roamed over a number of other topics, finding that we were simpatico on many things (which is the true sign and gift of a great barber). I had an excellent time and hope to follow his barbering adventures on Facebook and YouTube. 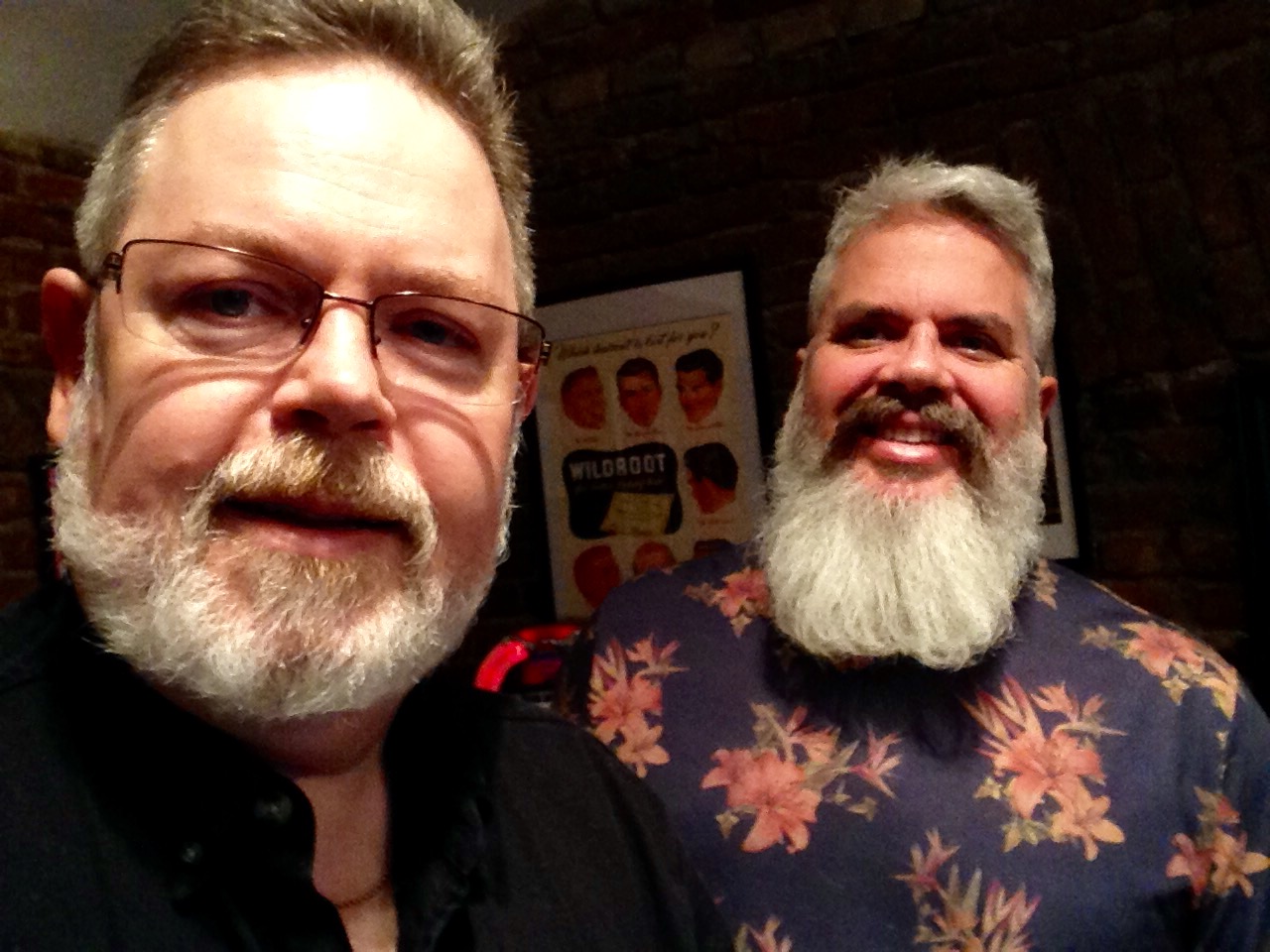 Kraig suggested a closer cut on the sides for me, which was a good modification to my “usual”. (“A little off the top” describes my photo composition skills, not the  haircut I received.) 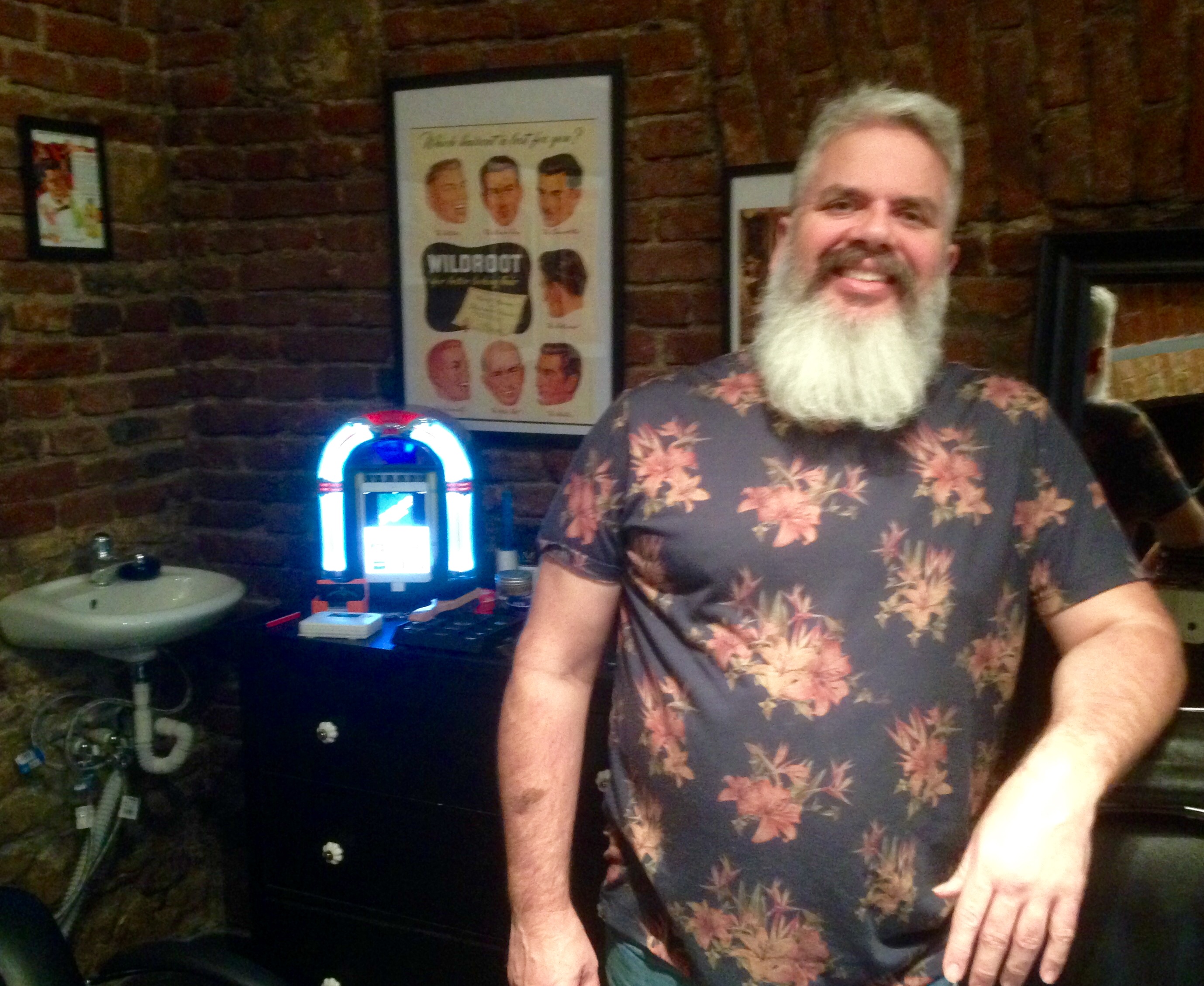 The new place is still awaiting some American fixtures and comfy touches. Kraig also apologized for dressing informally today; typically he wears a vest and tie (and yes, he did play “Santa” this last Christmas).