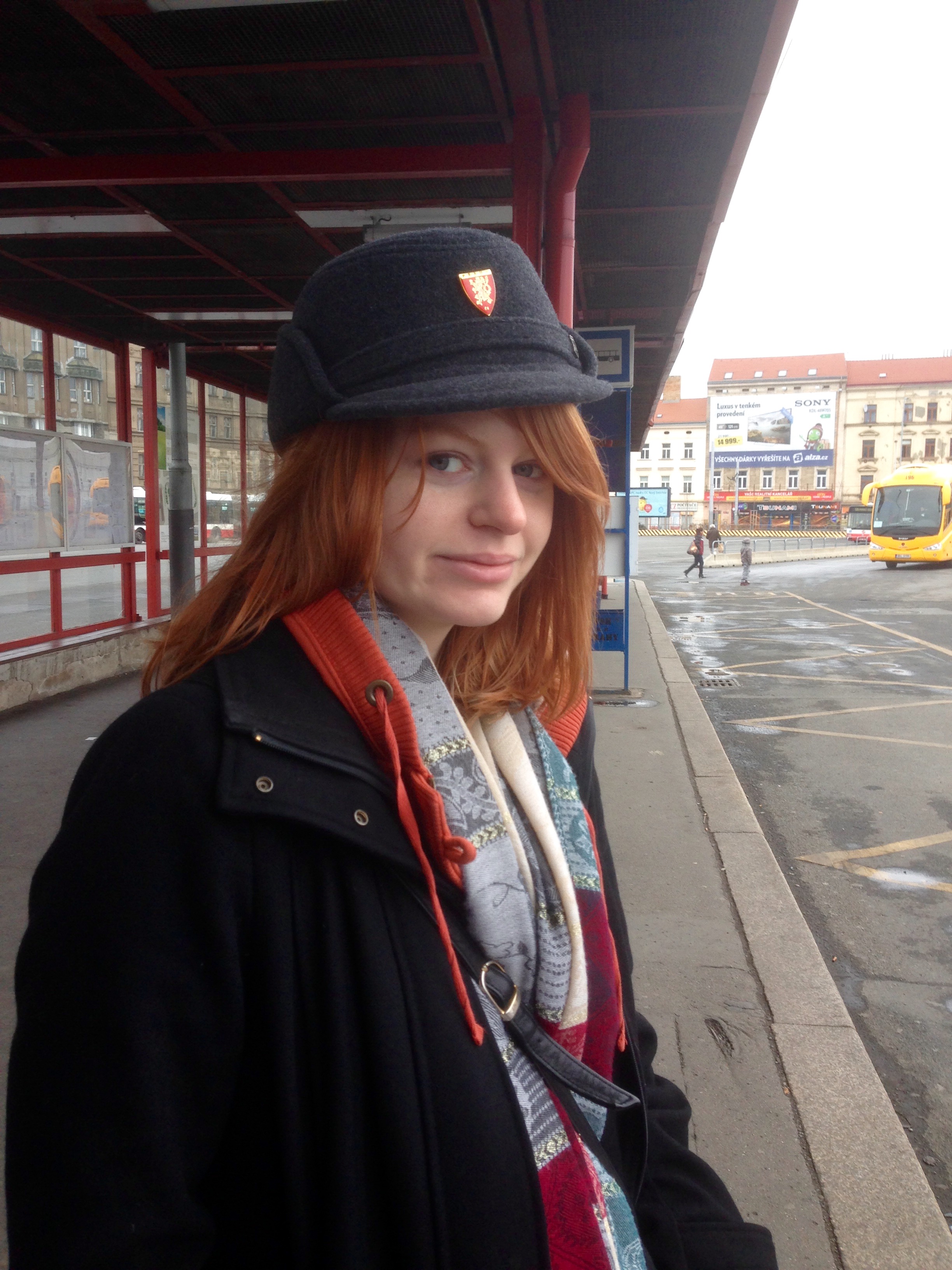 I like hats, but most hats don’t like me. That is, most hats aren’t a good look with my over-large jug. Broad-brim fedoras work well; and I can get by with a flat cabbie-cap, but ball caps, stocking caps, Panamas, Trilbys, pork-pies – all pretty much end up looking like a wart on a pumpkin when I put them on. One of our first days in Prague, though, I saw an older guy wearing a boiled-wool hat like the one above, and I immediately thought that that style could work for me – and keep my ears warm. It took awhile to find one (I don’t know what the style is called) but I found this one in a Christmas Market in Prague, and they even had one my size. I scouted around another day or two to find the jaunty red pin like I had imagined in my mind’s eye.

Both of my daughters, however, have heads for hats; just about anything they put on looks good – even my over-sized ones. This hat is no exception. When I said I’d bought a new hat, Tiger Lilly gave an “Oh, Lord” roll of the eyes. When she saw it, though, she said, “Hey!” and put it on, and it looked so good on her that I almost didn’t want to wear it again. You can see what I mean in the photo, taken at the Prague bus station as we waited for our ride to Ceske Budejovice. When she posed for this on a gray day, the surroundings and the history I’ve felt here in the Czech Republic suddenly reminded of the old Elton John song, “Nikita”, from 1985. It’s actually a fairly mediocre video – not to mention that it gave people the impression that Nikita is a woman’s name (not the case in Russia), but it’s evocative of the last stages of the Cold War. The weather has actually been warmer than usual here, but if I have to war with the cold this winter, I’m ready.