Marjorie and I have had a great first day in Budapest. I was planning to share my impressions and photos with you here, but I’m having a little issue with importing images into the template. I’m using my iPad, and I think I can solve this by switching to the laptop – but that requires accessories that are up in the hotel room where Marjorie is sleeping, and it won’t bode well for a great second day in Budapest if I wake her. So that travel post will be delayed … call it a “layover” if you will.

In its place I’ll provide a summary of the 29 hours it took for us to get here. Don’t worry – this will go by much faster (and I hope more entertainingly) than what we experienced.

First of all, Marjorie (aka “The Reverend Mother” in these parts of the blog-world) found this Budapest/Prague trip on Groupon. It was a great deal, costing only a few hundred dollars more than our round-trip airfare for the two of us just to get to Prague, with the bonus of three days in Budapest plus accommodations and services in Prague. The only issue was that the deal was based on flying in and out of Chicago. Not a big deal, we could rent a car one-way affordably enough, even if it meant factoring a 7-hour drive at each end. The day before we left though, the travel company offering the voucher called to tell us that due to the Lufthansa strike (we were scheduled to fly Lufthansa from Chicago to Munich and then onto Budapest), they had booked us on a United flight – but leaving at 6:15 p.m. instead of 9:35 p.m.

So Marjorie was at the rental office at MSP airport at 7 a.m. We made it to O’Hare in plenty of time. As we walked and wobbled through the airport (guess which of us was which) with our pile of luggage (including all the stuff that Patience couldn’t fit into her suitcases but would still need for a two-year stay in the Czech Republic) we were collected by a young man pushing an empty wheelchair who offered to get us through the check-in process. I’m getting along pretty well these days, but I still use my cane and braces for longer jaunts (like airports). This young man was a god-send, not only did he move my carcass and all our luggage, we were expedited to be next in the check-in line. Here we found out that, again due to the strike, our Chicago to Munich leg was now a Chicago to London trip…with a 10-hour layover at Heathrow. The agent made multiple attempts to get us there more quickly but there were no better options (especially with some 100,000+ ex-Lufthansa passengers all scrambling for different flights.)  Oh well, we’re still getting there, and we’ll have some time in London.

Upon boarding our flight we saw that our tickets were “economy”, which wasn’t surprising. What was surprising was that the plane’s bulkhead extended under the seat in front of me, taking up half the space available for my feet. This was not a pleasant prospect for an overnight, overseas flight. In addition we were surrounded by Putin Youth, tween-aged Russian boys who were not evil, per se, but were bouncing around, trading seats and generally being hyper, tween-age boys. When the crew announced that there were seats available in Economy Plus for a mere $129 each I was on that like a duck on a june bug. As we repositioned ourselves the flight attendant said they were kind of busy with take-off and other duties and that they’d come back by later and collect my credit card info for the upgrades. I guess they were really, really busy all flight, though, because they never came back around other than to give us wine, a three-course upgraded meal, and show me how to operate the movie screen in the back of the seat in front of me. And I didn’t want to be a nag about it.

At Heathrow, with thoughts of a London walk-about in our heads, we found out that they no longer offer a held luggage service, according to the woman at the information desk (and contrary to what Trip Advisor says). While our main luggage was checked through to Budapest, we still had our carry-ons and didn’t feel like clearing Immigration and then tooling around London dragging our rollers. There was no option but to spend a tedious day waiting for our 6:05 p.m. flight. 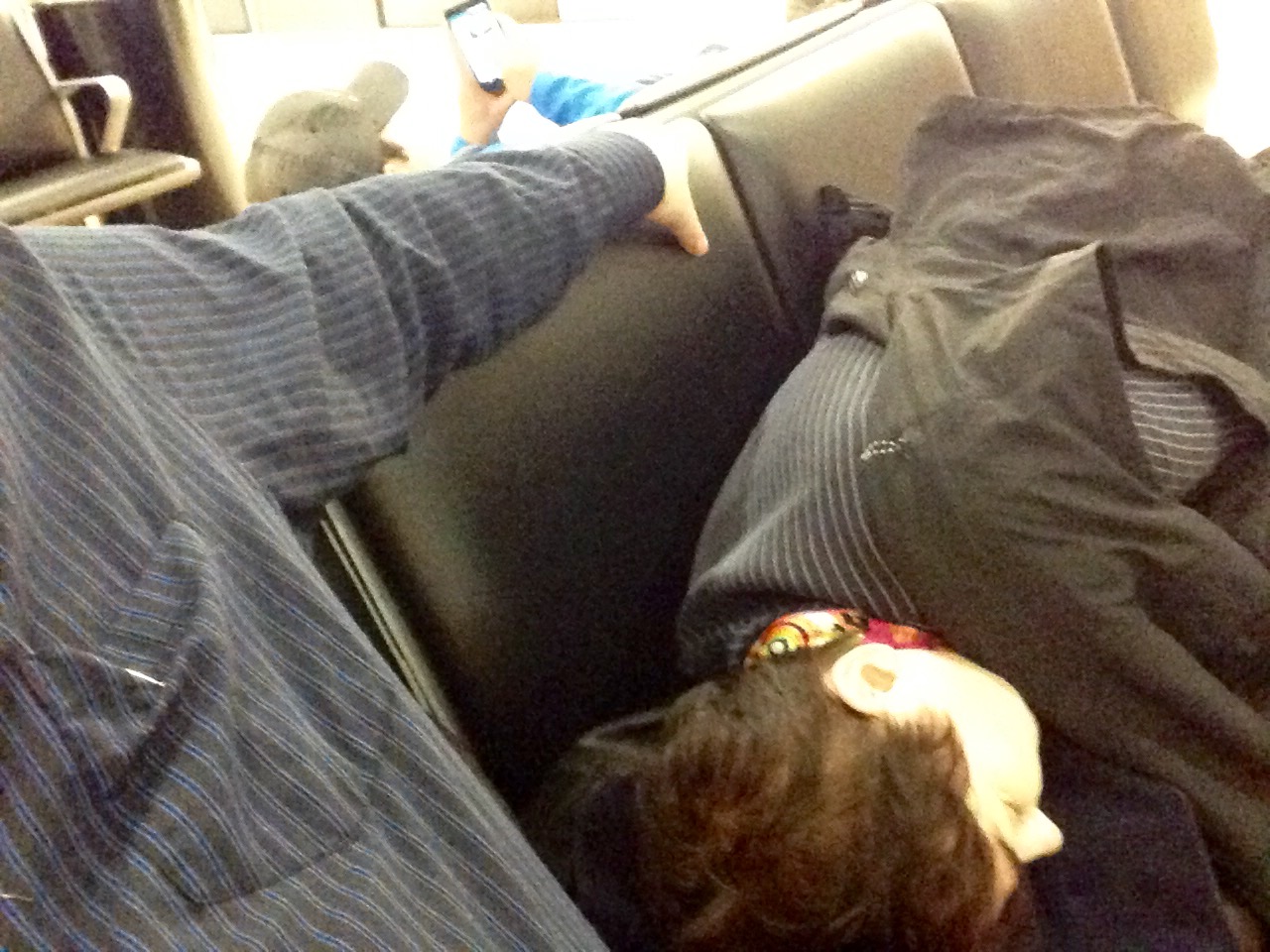 In addition, before we could “lounge”, we had to clear security again because we were switching from United to British Airways. You should understand that it takes a lot of energy for me to motorvate from place to place. Being an exothermic kind of guy anyway, even a short “walk” makes me pretty sweaty. It’s also a hassle to take my shoes off because the braces are very slippery on hard floors. In Chicago the TSA sensibly understood the situation and (since I’d been wheeled there I was cool, calm and collected) and I’d merely been swabbed and scanned. A wheelchair wasn’t handy at Heathrow, and it’s one of the most far-flung airport layouts I’ve ever seen. By the time I got to Security I was a flop-sweaty, profiler’s dream. It took a little more explaining but fortunately I did end up with a similar review as Chicago and not in rendition.

After that the day was uneventful – grindingly tedious, but uneventful. We boarded our flight about 8 hours later than the originally scheduled one, and instead of reaching Budapest in the afternoon we cruised in under cover of darkness – a darkness that permitted a magical glimpse of what was in store for us. More about that in the next post.