A bit dusty in here. Still, everything looks to be reasonably functional in the old Night Writer HQ. Update a few plug-ins, clear out some spam, freshen up the theme, a little Lemon Pledge – and we’re back in business.

It may be a limited engagement, but I’ve pulled the sheets off the the furniture and fittings of the old blog in order to add a new chapter of the “Nights on the Road” series as we launch into a new adventure, based in a new city: Prague in the Czech Republic. As I write this, the Reverend Mother, Tiger Lilly and I are preparing to leave the country on an extended journey. Tiger Lilly is embarking on a new career and life in Prague, and my wife and I are going along for the first two months to usher her out of the nest in style. Some folks have asked for a public website to follow the account of this latest expedition and re-opening this blog is the easiest way to do this, allowing us to write more creatively and extensively than on Facebook. I’ll post photos and possibly even videos along with my writerly observations, and hopefully the Rev. Mum and TL will contribute as well. Heck, we may even see the Mall Diva check in, all the way from Iowa, Land of Mystery.

As for the last five years of blog silence, let me explain. No, there is to much. Let me sum up.

The Mall Diva was last seen here leaving for Iowa with her husband, Son@Night, and their child, Baby Moose. That little family unit is significantly bigger now with the addition of another son and two daughters, collectively referred to as “the Moosen”. Son@Night has another flock as well, the congregation he is pastoring amidst the rolling hills of soybeans, corn and the tour buses of presidential candidates.

The Reverend Mother is now a part-time graphic designer and full-time minister and associate pastor at our church and still ripping around the countryside on her motorcycle, which I believe she had just acquired right about the time we stopped updating this blog.

Tiger Lilly has used the intervening time to win a couple more writing awards while earning her B.A. in English at age 20. For the last two years or so she has been aiming toward this move to Prague where she hopes to be certified to teach English as a Foreign Language, along (hopefully) with some freelance editing.

I’m happy to say we’ve stayed in regular contact with many of our blogging friends from the old days, and we’ve continued to visit Keegan’s Irish Pub often. Keegan’s was Tiger Lilly’s choice for the site of her send-off part last week and most of the old crowd was there for the occasion. 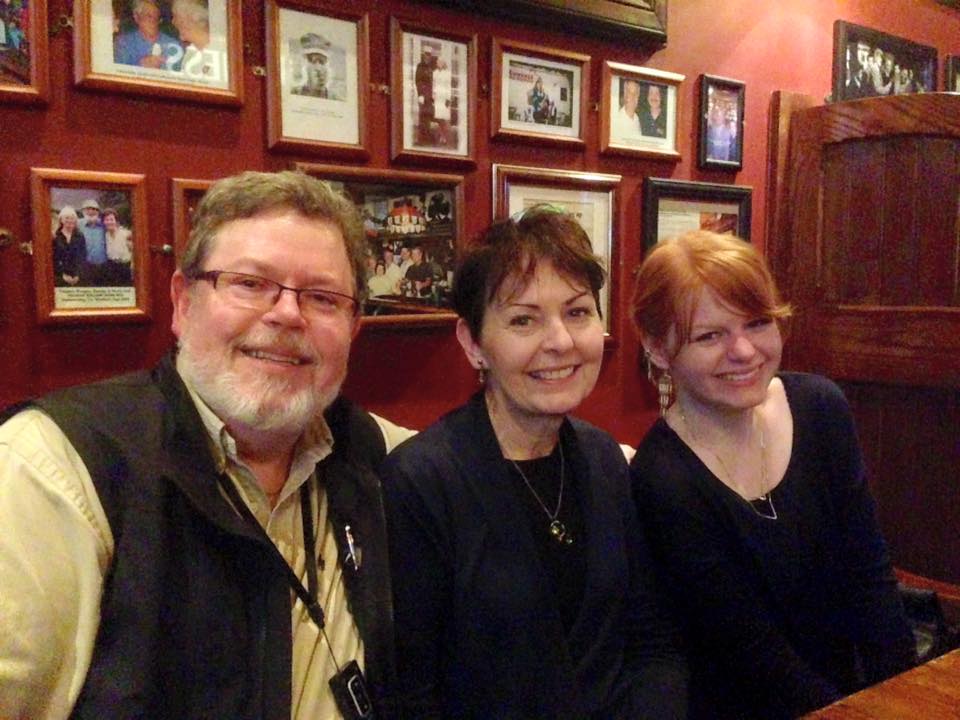 As for me, there’s not much to report aside from being diagnosed with ALS, retiring from my job, being “un-diagnosed” (and miraculously healed) from ALS and un-retiring. You can follow that whole story on the new blog I launched in April of 2014 to chronicle that experience, No Longer I Who Live. (The first post on that blog is here.) When I came back to work it was with the same employer but in a new role that has me supporting the company globally rather than a single business unit in Minnesota. Because my  management and internal clients are located in distant cities I’m able to work from home – and home is essentially anywhere I have WiFi, which includes Prague. This enables me to set up my office in Prague and anywhere else we may travel over the next few months. I’ll definitely be taking some time off over the course of this adventure, but I’ll also be working while TL works on her certification and the Reverend Mother helps her find an apartment.

4 thoughts on “Blowing the dust off”