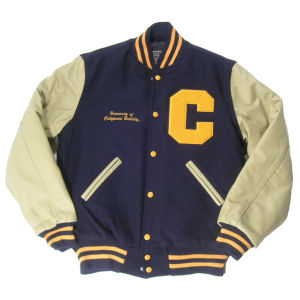 The clinic called today. My 6-week post-op ultra-sensitive PSA test results were in. The percentage of Prostate Specific Antigen in my blood stream clocked in at less than 0.01%; in other words, the nurse said, “undetectable.” Of course, that’s what we were expecting following the surgery, but it was good to hear none the less.

That’s a very good thing, but I couldn’t help thinking about being in Indianapolis two weeks ago for the funeral of my uncle Carl who had succumbed to lung cancer. Despite the occasion, it was good to see my cousins again, their kids, and experience a family gathering in the style of that branch of clan. Despite their grief, my cousins each expressed their relief that I had come out of my bout healthy. That was good to hear, but it also made me feel kind of odd given what they had been going through.

After Indianapolis the services moved to Missouri where another batch of family and friends gathered for a visitation and the interment. Here I received another bundle of well-wishes including many from people I barely knew, which felt more than a little awkward I can tell you. I said to my brother, “Geez, does everyone in town know what I had surgery for?”

“Well,” he said, “when you’re on the prayer chain at five or six churches the word does tend to get around.”

In the last six months since I received the first call from my doctor I’ve experienced a lot of emotions; fear, anger, love, joy, and even laughter. And now I could add one more to the list: ambivalence.

Yes, technically, it was a life or death situation, but then so is crossing the street. My cancer had appeared almost unnoticed, had been diagnosed, treated and blown to oblivion with barely an outward sign on my body. My recovery has been going extremely well, with even the dreaded side effects of incontinence and impotence rebounding quickly in a matter of weeks when I had been told to expect it to take months at least. When my aunt, a nurse, congratulated me on being “a cancer survivor”, I cocked my head and told her I felt as if I was receiving an honor I hadn’t earned. “Nonsense,” she said. “You had major surgery. You had something that kills people. You probably shouldn’t have been able to drive down here so soon after all that. You should be proud.”

“I guess I am,” I said, “but it almost feels as if I’m in high school and just earned my letter jacket even though I barely played. It is like I should only get a little “C” on my jacket instead of a big one.”  She laughed at that, patted my shoulder, said, “Don’t worry. You’ve earned it.”

I know I have been blessed. While I’d just as soon not have had cancer, I’ll happily accept this outcome compared to the alternative. There have been inconveniences, sure, but I honestly, deeply,  thank God and his steady hand that I haven’t endured the rigors and indignities of chemo, haven’t seen my medical expenses break into the five- or six-figures, haven’t had to see the worried looks from those around me whenever I’ve had a coughing fit. It might all even seem like it was a dream but for the red scars on my belly, though even now I can feel the skin smoothing out under my fingers.

I am a cancer survivor.

Vorpal blades and manxome foes, Part 3 – Tumtums and other trees

3 thoughts on “A letterman”