First of all, why is there even a probability of being attacked by a shark ‘on the street’? Do you ever hear someone say, “Man, what a day I’ve had! I was walking home, minding my own business, when out of the blue this shark tackled me!” No. No, you don’t.

Lock your doors. Board up your windows. Camp out on the roof with a Barret .50 M82A1 (and some A1 sauce, while you’re at it). Quarantine anyone who may have come in contact with a ninja cow (in case of mad cow disease).

Maybe get yourself one (or ten) of these: 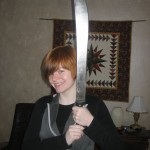 This is a national emergency!!! 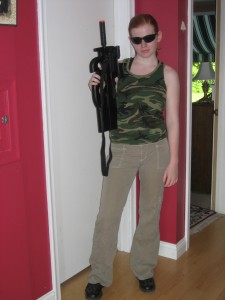 Are you ready? I know I am.

Ciao for now, my brother- and sisters- in-arms!

6 thoughts on “Sorry To Disillusion You….”