Deaths of Despair: a 3-Part Series on Living a Life Not Barren and Unfruitful

War is an over-used metaphor, but in fact, there is a war going on. It is not a symbolic one, either – the enemy is very focused, and all the more effective because we barely acknowledge what is happening. Some are starting to notice, however. Nationally, there has been a spike in deaths from suicide and overdose among the young and middle-aged – so much so that demographers and insurance company actuaries are noticing that something strange is happening. 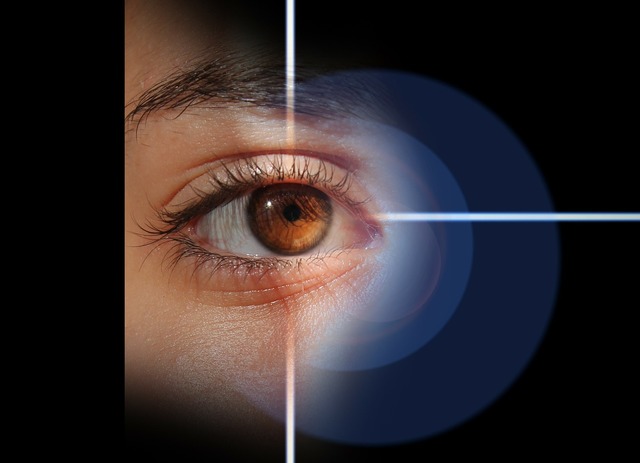 These suicides and deaths are like people being picked off by snipers, and the numbers are starting to attract attention. Someone has even coined a name for these: “Deaths of Despair”, to describe people who are deliberately – or inadvertently – killing themselves because of a lack of hope.

Christians are hope-bringers; this is the essence of our mission to spreading the good news that Christ’s sacrifice has made a way for us not just to know God, but be reconciled to Him. A war against hope presents a double-barreled challenge to Christians: first, to our understanding of, and response to the problem; and second, in our own faith walk and in resisting depression in our lives and in the lives of other believers.

From being involved in Christian men’s ministry for some 30 years, including 10 years in prison ministry, I have tried to become a “Christian Thinker.” That is, someone who tries to renew my mind to be open to, and absorb, a Christ-like perspective on all issues. I’ve come to see this as different from being a “Thinking Christian” who disregards any spiritual information that doesn’t line up what seems “reasonable” to me. How, then, might I look at what is happening in the world, and how might I adjust myself as well to this assault, as well as help – rather than inadvertently harm – other believers who struggle? This three-part series is an attempt to do just that.

Casualties
Over the past 15 years in the U.S. the number of opioid-related deaths for 25-34 year-olds has increased from 1 in 25 to a staggering 1 in 5. “Pain-killers” are killers. Opioids are from opium, the same source as heroin and laudanum, the “dirty” drugs of earlier ages and older addictions – now legitimized by our pharmaceutical industry. It’s not just for the buzz, but the pain relief. And as they always have, these opioids require heavier and heavier doses to achieve the same amount of pain relief. Overdose – intended or accidental – is one end, as is being cut off by your doctor and becoming despondent and in increasing pain so that there only seems one way out.

Similarly, deaths by overdose and suicide in general are also surging in middle-aged people, especially in the mid-west and west. These people are often socially isolated, underemployed, and perhaps discouraged by the direction their life has taken. The trend has become so distinct that it is noticed in demographic circles, and by the life insurance industry.

But it’s not just happening to the unknown and unnoticed. Kate Spade and Anthony Bourdain are among the most prominent names in a list of about a dozen “celebrities” that killed themselves last year.

Here is a Christian thought; our Enemy hates hope in all of its forms and in all people. If people who are struggling hear that celebrities who “have it made” and “have so much to live for” are killing themselves, then they can wonder why they bother to carry on in their own desperate lives, which surely are worse than those of these beautiful, enviable people.

Despite the growing awareness of this threat, there is a reluctance to talk about it. I’m going to talk about, though, because I would not have you be uninformed and because any one of us can be a prime target – and, in fact, may already be one.

Christians are not immune or exempt to this attack. In fact, we are a special target. Who else would the Enemy rather destroy than the hope-bearers, proclaiming the good news to the world? He also has so many weapons available to use against us, and often the most effective ones are ourselves and other Christians.

I heard so many faithful people say about Spade and Bourdain that “if only they’d known God they wouldn’t have killed themselves.” But what if you are someone who does “know God” – and you still feel hopeless? Christians are not immune to doubt; depression may actually be harder for Christians because the enemy will twist the gospel, first to tell you that you have to think a certain way, and then will torment you because you can’t/don’t, and will try to make you believe that all those things keep you from God, with an extra helping of condemnation. Confirmation of those accusations may actually come inadvertently from other believers who – often at a loss themselves – offer only platitudes and attitudes.

There is a true hope that is available in the midst of hopelessness, and if you want to know what it is – either for yourself or for others – stick with me here. One of the surest ways to know that there is hope is in seeing how hard the Devil, the Father of Lies, tries to convince us otherwise.

Our Enemy’s tactics have always been to isolate, question, and raise doubts in order to separate us from God. He still uses the same two questions he asked Eve and Jesus: “Did God say…”, and “If you are…”.

His ultimate end is to destroy hope, and sow hopelessness. Fear and threats are not the greatest weapon or the easiest way to defeat an enemy, hopelessness is. If you can be convinced there is no hope in going on, then you can be more easily controlled and defeated.

Our enemy is a roaring lion, yet we can confound him (scripturally, “confound” means to “close the mouth of”).

Next: Part 2, Knowing God, and the Meaning of Hope